The South Sumatra Basin is most southern back arc basin of Sumatra Island. It is bounded to the west by an active volcanic arc along the Sumatra Fault System.The basin has long petroleum history. Significant number of oil and gas fields were discovered in this basin. Example of several seismic section across several fields in this basin are displayed here:
1) Suban Field
2) Kaji Semoga 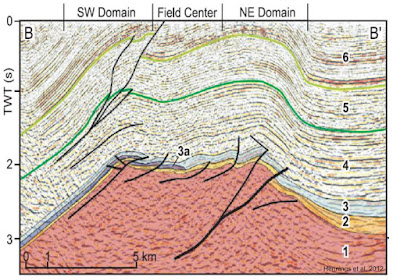 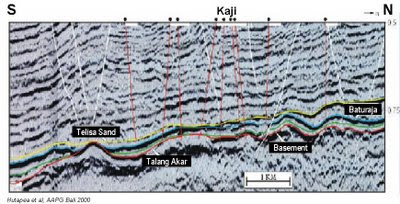 Section B is a North-South section across Kaji Field. Generally the basement is getting deeper southward in this part of the basin.