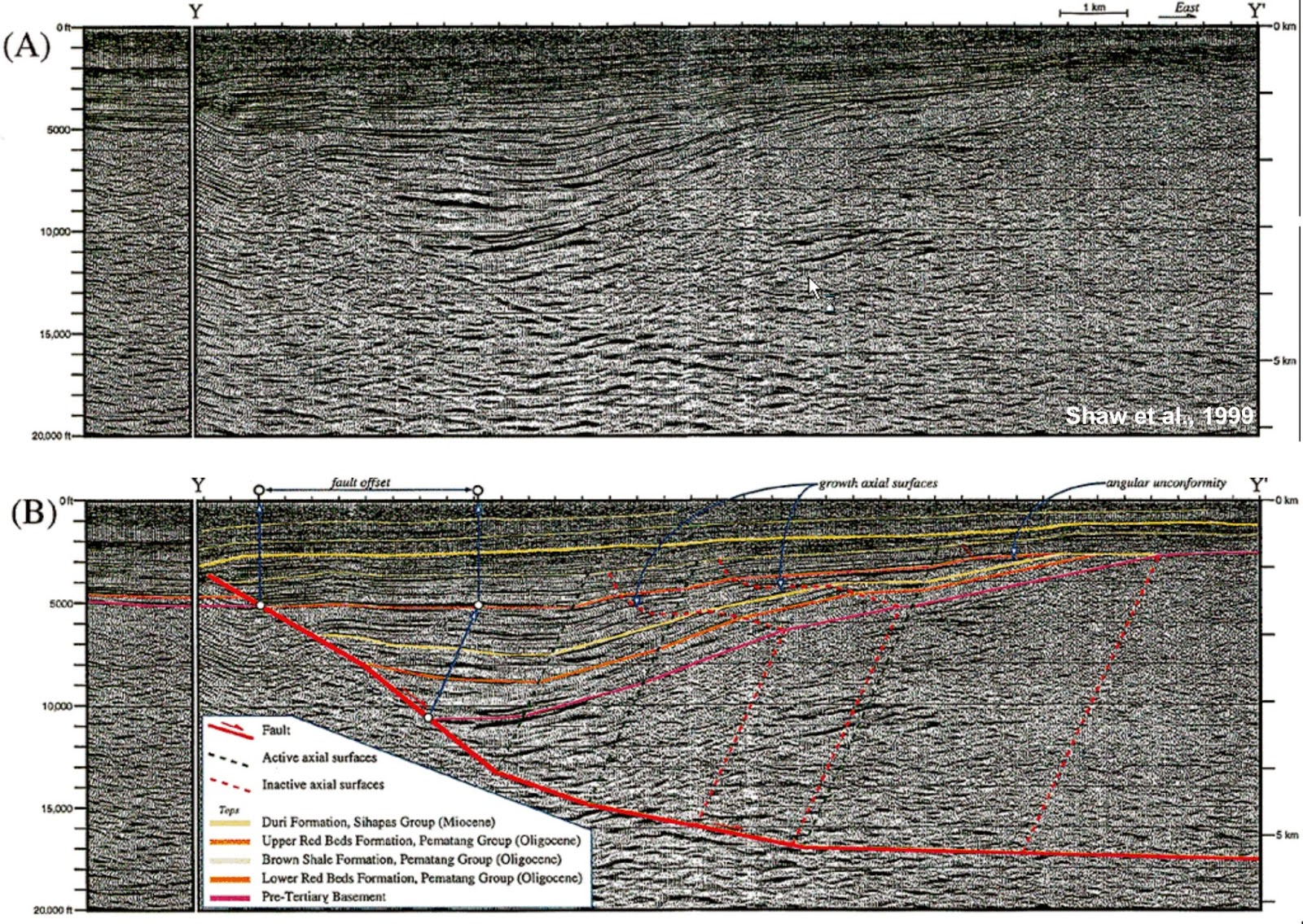 Central Sumatra is one of the most prolific basin in Indonesia. It has a long history of oil production.

Images a half graben in the Central Sumatra basin where Oligocene strata thicken westward above an east-dipping normal fault that is locally defined by a prominent fault-plane reflection. In the uppermost part of the synrift section, at least three axial surfaces separate horizontal strata on the left (west) from inclined strata in rollover panels on the right (east) (Shaw et al., 1999). 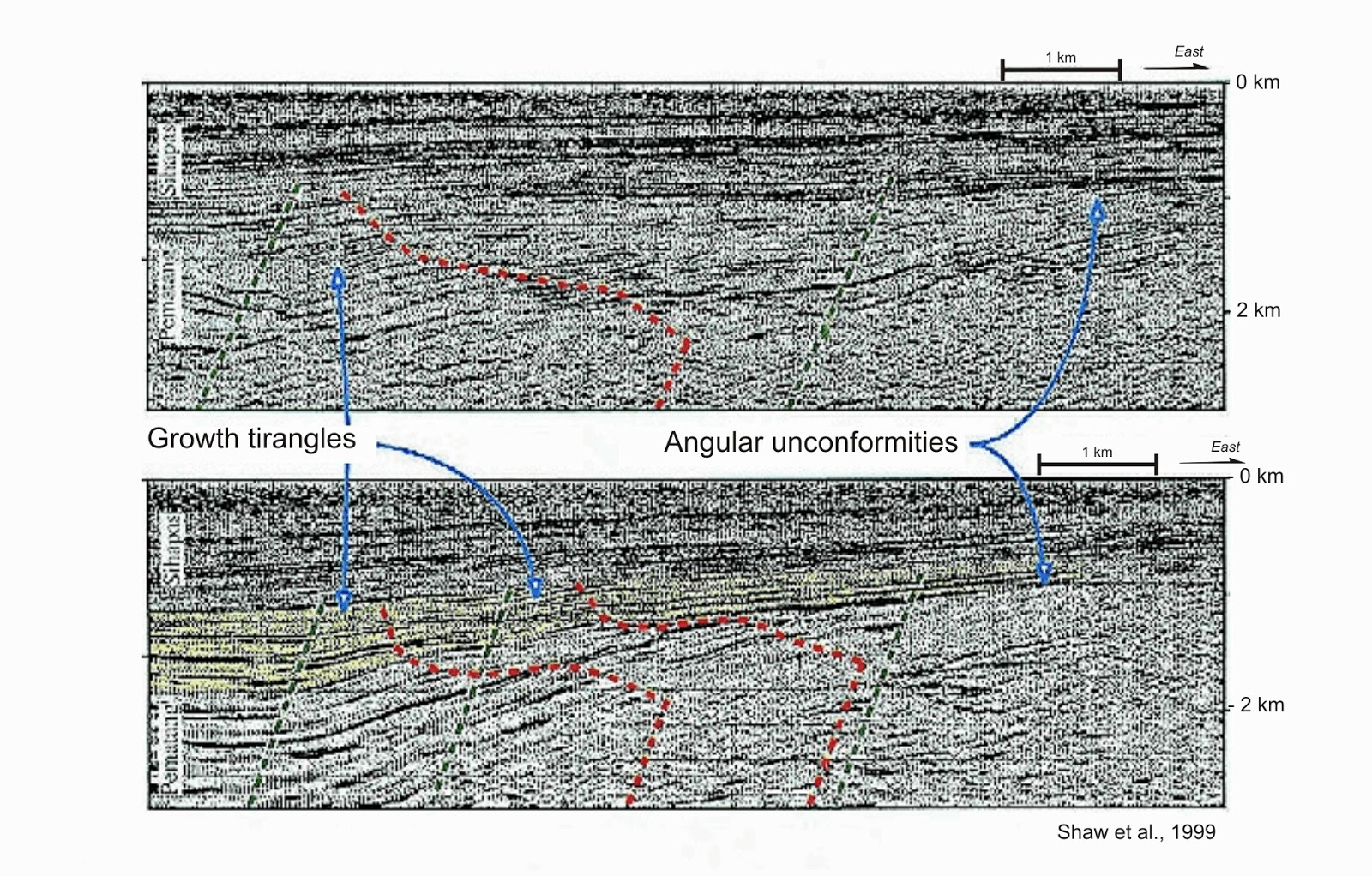 Migrated seismic reflection profile ZZ' along the strike of the trough that images a central low area bounded to the north and south by structural highs. Basin highs and lows are caused by lateral changes in fault geometry. The omitted portion of the profile includes an area of younger folding associated with faults other than the normal fault. Horizontal scale equals vertical scale; datum (0 km) is sea level (Shaw et al., 1999).