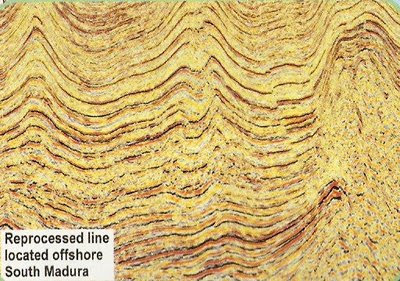 Fold features in the south of Madura Island. The fold in the centre is not a simple anticline, as it may be cut by faults. (Source: Fugro) 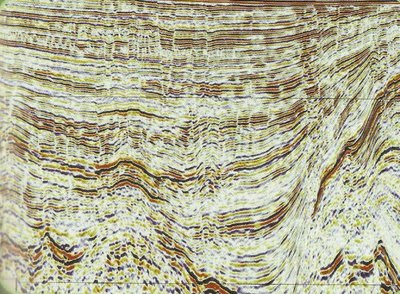 Bright amplitude in the centre are related to topographical high, may indicate carbonate build-ups. The sequences are pinching out to the right, and truncated by a shallower unconformity. (Source: Fugro) 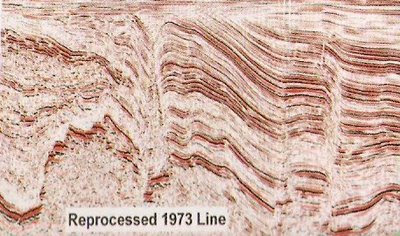 The centre part of the faulted anticline feature is slightly thicker compare to the flank, as several sedimentary packages developed towards the core of the anticline. This indicate that the central of the anticline was a sedimentary pocket, probably created by the fault on the left. At later stage these depocentres were uplifted. (Source: Fugro) 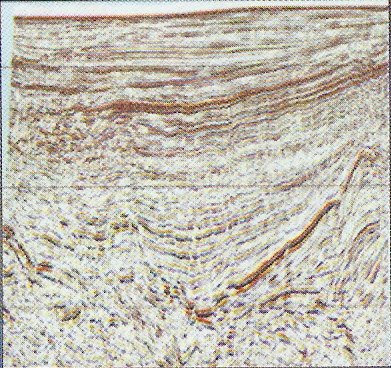 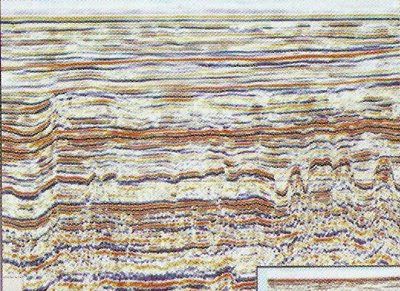 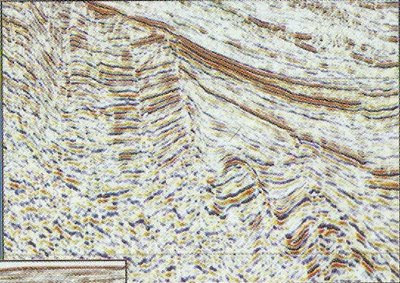 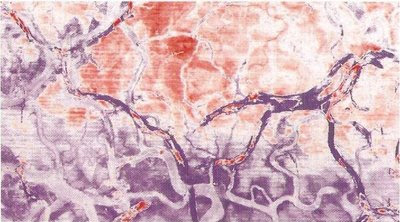 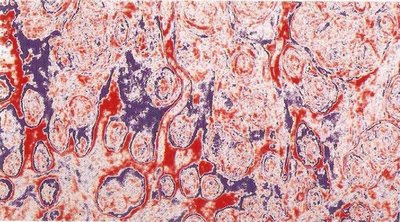 Time slice at 1.0 s TWT showing the carbonate features. The diameter of the karst feature is probably less than 1 km. (Long and Johansen, 2003; data source: PGS) 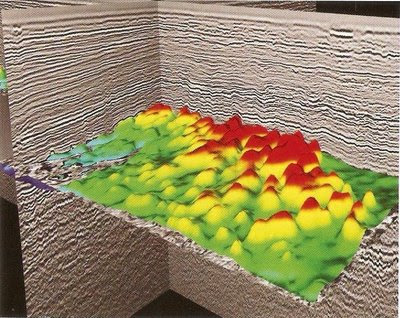 3D perspective of the Top Kujung surface about 1.0 s TWT, revelas the density and complex distribution of carbonates throughout the HDMC3D survey area. (Long and Johansen, 2003; data source: PGS)