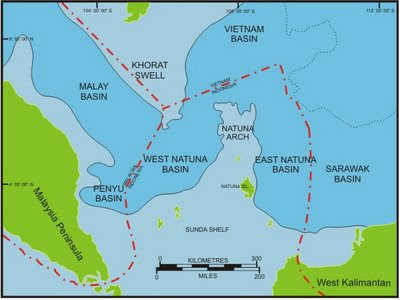 The West Natuna Basin was formed as an intra-continental rift basin within the Sunda Platform, the southern margin or Eurasian Plate. The basin has undergone Eocene-Oligocene extension, followed by Miocene to present day contraction and inversion. 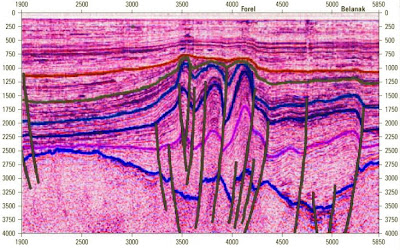 
ION Geophysics acquired deep seismic in Natuna area. The sections go as deep as 40 km. Below are a map and a sample section from their brochure